​Building on our expertise in mobile app development,  we’ve now ventured into the world of Virtual Reality. Over the past year we have been augmenting our skills in developing mobile-based VR solutions and also high-end PC-based VR applications for Oculus Rift and HTC Vive.

Our first app for VR was released at the end of last year and is called VRPhotos. Our app enables 360 camera users to create galleries of 360 images on their iPhone, which they can browse in Google Cardboard goggles, using our own visual-activated navigation.  To find out more Click Here.

Mobikats has also developed a VR training platform for mobile, enabling trainers to manage VR lessons for multiple attendees; including pushing training content to attendees’ goggles and managing how they view the content as the lesson progresses.

Mobikats has also taken a further step into the world of training using VR. VR training applications completely immerse users within an environment, making scenarios feel real. The key advantages are better retention of training, ability to simulate dangerous or expensive training scenarios in way that feels real for trainees, and enabling training to take place beyond the confines of a training centre.

Mobikats have now released P360M project reporting tool for iOS and Android. It's ideal for construction projects. Allowing a user to take a 360 degree photo using their 360 camera of choice, then use our P360M app to annotate with comments / suggestions and share with their project team via the web. Users offsite can rotate and view these annotated images in a simple web browser. They can even immerse themselves in the scene using VR goggles.

P360M works brilliantly in the world of construction or in health & safety, allowing fast communication with the project team and reducing the cost / delays caused by site visits. It's also great at reporting progress with clients, allowing them to feel in control of their projects without constant visits. Learn more by watching this video. 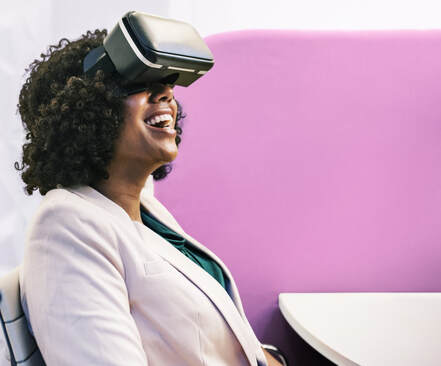 Mobikats have been investigating for the last year how VR can be used in training and are now ready off this as a service. Mobikats work with our VR content partners to provide powerful training scenarios, such as this example for working on scaffolding: Working at Height

VR training can be created in two key ways, both of which we can offer clients:

360 video based training
​
We have established a network of VR content creators, which we can work with to create compelling VR experiences using 360 degree video. This kind of VR content doesn't require expensive headsets, it can be delivered via mobile phones using low cost Google Cardboard goggles. It's ideal for presentation of training to large groups and is relatively low cost to produce, as it's generated using 360 cameras. Pricing is comparable to standard video production.

Once the 360 video production is completed, Mobikats wrap the video within an app which can run on a phone. The app wrapping enables us to overlay interactivity alongside the 360 video, enabling users to answer questions etc, to better enforce lessons learnt.

Over the last year, Oculus released the Oculus Quest. The Quest is a set of goggles which enables a user to experience fully interactive VR. Users can interact with the VR world very much like they do in the real world. It's a game changer in the ability to offer VR training experiences, as it costs less than a smartphone, but allows us to create a 360 game like experiences. The downside of this approach, is the development of a fully interactive experience can be expensive, due to the cost in design and development required. However it does enable clients to create training, which would be impossible to undertake in the real world due to risks and costs. For example this kind of VR approach has been used actively by the fire service to simulate dangerous fires, to better train their teams to deal with them. 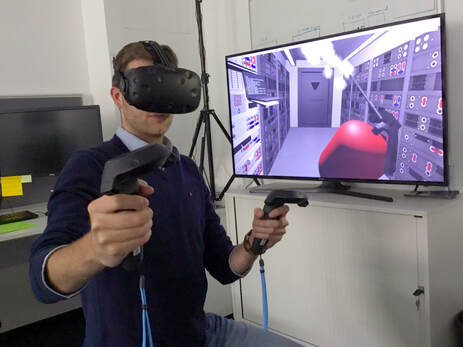 Mobikats use Unity and Android to develop and deliver fully interactive VR experiences. The process in creating these kind of experiences is not too dissimilar to that used for game development. The costs are considerably higher than 360 video based VR, but still valuable in specific contexts. Over time the costs are coming down, due to updates in the development tools, making the work easier.